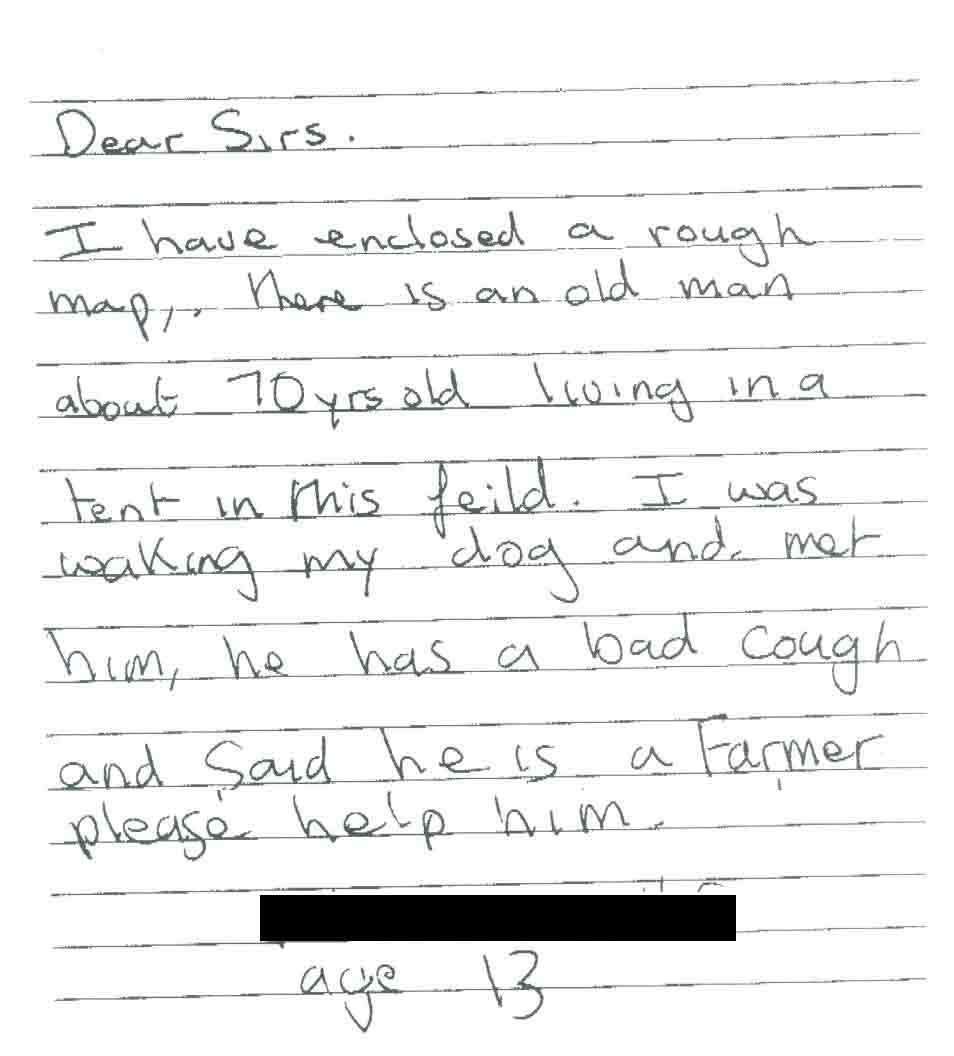 This is a letter a 13-year-old sent to a local council a few years ago. It sparked a chain of events which we’ll return to below…

It was conceived by Alfred Adler, one of the most influential psychologists ever. He believed that if someone grows up to find that people are caring and just, they are very likely to see society as caring and just, feel part of it, invest in it, and contribute to it.

But what if a person finds that society is uncaring and unjust? How would that change your ‘style of life’, as Adler called it? We know that being homeless often involves being dehumanised, infantilised and discriminated against – it’s more than just lacking a home, it can be a state of being – being excluded from society. And getting a home might not be enough to reverse this process on its own.

A crucial part of the solution rests in society’s response to homelessness – we must find ways of re-including people that undoes some of this harm, and this doesn’t just mean leaving it to the professionals, although they have their place.

The particular chain of events that this letter sparked involved several agencies, a local church and a guy who had previously been homeless himself. The events led to the old man getting an offer of good housing as the different groups worked together to engage with him over many months. But he’d been offered housing before and turned it down – what had changed? Maybe the chain of events showed him that there were people out there who did care about him, that society wasn’t completely horrendous, and that there was hope for the future. Maybe something in those interactions meant he accepted the offer of help where he had previously rejected it.

This is just one example of how society can act together to re-include people, to re-humanise them – there are many more things that can be done that goes further than giving hand-outs to people (which has its place, but can be problematic).

For instance, you can write to your local councillor, or MP and make sure that they know you consider homelessness policies when you work out who to vote for. You can attend council meetings and ask local politicians some probing questions (you can even do that through their social media pages from the comfort of your own home). You can check out local charities and give them money if you think they’ll make a difference with it, or do fundraising events (the awareness they raise is just as important as the money). You can spend time getting to understand the complex issues surrounding homelessness and tackle stigma in everyday situations that adds to the suffering homelessness causes, and you can commit to volunteering somewhere for long enough to learn how best to make a difference.

You can even write to your local council to ask them to help people you’ve seen sleeping out, like the 13-year-old did. He probably doesn’t even know the effect his letter had.