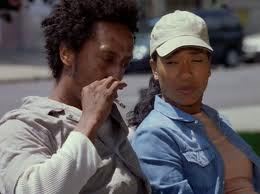 Short periods of homelessness tend to leave people forever changed by the experience. Extended periods often crush people. There are stats around that suggest that in the UK, the life expectancy of someone who becomes homeless young, and stays homeless, is in their early 40s.

Having said that, some people beat the odds and come out the other side.

One of the consistent themes that seems to run through the stories of those who do emerge is that somewhere along the line they encountered someone who the late psychologist, Dr Alice Miller, would describe as an ‘enlightened witness’.

Alice Miller wrote several influential books exploring the effects of child abuse, and repeatedly returned to the question of why some people experienced horrendous abusive circumstances and yet did not grow up to become perpetrators themselves. She found that in talking to people in this situation they would repeatedly refer to someone in their life who may not have been in a position to stop the abuse, but were able to ‘witness’ them – to validate their feelings of rage and humiliation and give them a strong conception of love despite the horror that was dominating their lives.

Whilst Alice Miller was talking specifically about child abuse, I would say it’s not too great a leap to apply similar principles to the effects of homelessness. People routinely are verbally abused, exploited, urinated on, kicked, robbed, raped and in more than one case, murdered. They have often been abused by institutions, either through acts of commission or omission. And this is just the stuff they have had to deal with whilst homeless, without even looking at the abuse they experienced on their journey to becoming homeless.

Simply witnessing people’s experiences – listening to, believing and validating them is incredibly powerful, and I doubt that this will be news to you if you’ve read this far. One thing that may not be obvious is the reality of the injustice that many people who have experienced homelessness will have suffered. People routinely talk of events so shocking that you might think ‘that can’t have really happened, surely?’ The grim reality of homelessness is that shocking things happen to people when they’re homeless on a daily basis. Witnessing them is often the best (and only) thing we can do.

For more info, check out one of Alice Miller’s essays here and Dean Whittington’s essay here  for more on this idea.

Or watch The Wire (pictured) – the theme runs through pretty much every episode.