Can helping someone inadvertently leave them worse off?

Service dependency is bad. It’s something we’ve often discussed at JustUs, given that in some areas we sometimes do a lot ‘for’ people rather than waiting for them to do it themselves (particularly when navigating the more complex aspects of housing legislation). One theory that has been helpful in these discussions is Jerome Bruner’s theory of ‘scaffolding’, which led on from Lev Vygotski’s ideas of people learning best when they’re stretched, but not too far. 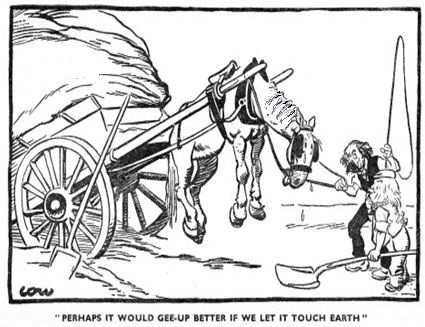 Scaffolding is the idea that to help someone in difficult circumstances, we must first put enough support around them so that they can actually start to move forward. Once they get moving the ‘scaffolding’ is then gradually removed, hopefully leaving them in a much better place than they were at the start. The carthorse in the cartoon shows what can happen when a person doesn’t have the support they need to make any progress at all. Sadly, this is an accurate portrayal of many of the absurd situations people can face when they’re homeless (and their inability to get housed is then blamed on them rather than the impossible circumstances they find themselves in).

So each person needs a level of support that suits their needs. There are times when someone is in absolute despair and chaos where the right response is to ramp up the support until the person has stabilised. But for a different person this approach might risk leaving their initiative and sense of personal responsibility blunted, and even lead to professional ‘game playing’ (in the ‘Transactional Analysis’ sense – more on that later).

Without this awareness, we can, as workers (or even entire services) risk becoming inflexible – falling into a one-size-fits-all ‘hard-line’ approach where we expect people to do things that are simply not possible (‘Yes, I know they have no money but if they just ring this expensive phone number they can start their benefit claim’). But we’re also aware that we can inadvertently end up becoming professional ‘rescuers’ in cases where people might just be better off with little or no intervention at all.

Getting the balance right becomes much easier when we talk about it explicitly in the teams we work in.

For much more on this, check out Bruner and Vygotski on Wikipedia, or if you want to check out a whole load of interesting related ideas check out Dean Whittington’s ‘Psychologically Informed Environments’ – it’s a good a starting place as any.