John founded JustUs as a small charity with Mike Hyden and Sarah Chatwin in 2014. He considered it as a way of tackling local homelessness in a unique and important way. It has been said that John is very outspoken when it comes to challenging issues close to his heart and he’s not afraid to call a spade a spade. John was working in a local homeless day centre at the time, which did a great job with the available resources in supporting people face-to-face, but John felt there was a need for the more systemic issues of homelessness to be tackled head-on. 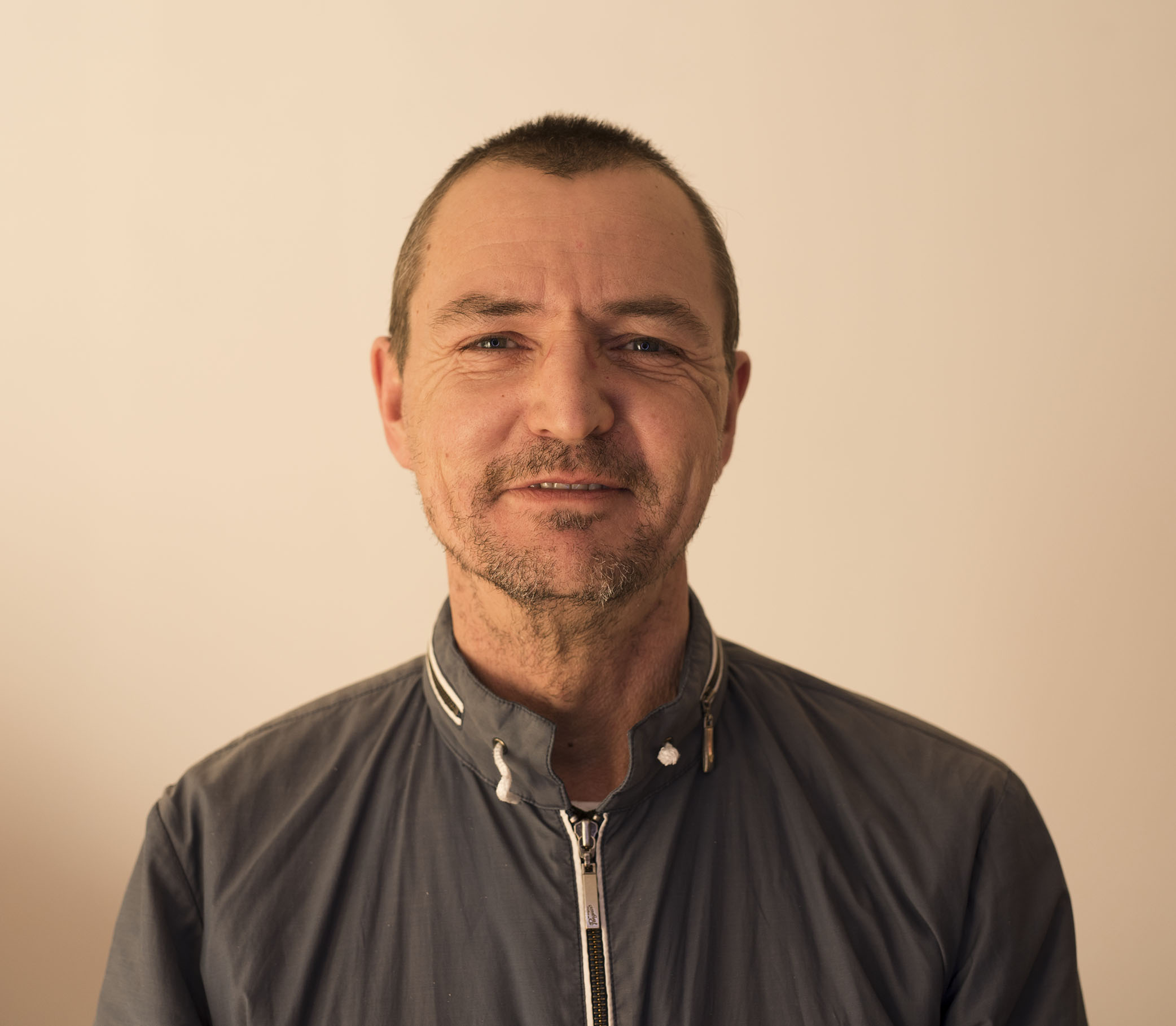 John had had previous experience of founding and running a small charity back in 2010 when he, among others was approached by a local drug and alcohol social work team to fill a service-gap by developing an aftercare alcohol abstinence group. John was asked to do so while he was currently living in a local community for homeless people and was at a point in his life where he was deliberating on where his future may lie. The opportunity to give back some of the support that he had once received seemed too good an opportunity to miss.

During the 3 years of John’s involvement with the alcohol abstinence charity he was not only able to support others in their alcohol abstinence he was also able to contribute to other initiatives commissioned by alcohol treatment services. These initiatives included the new pilot Alcohol Arrest Referral (AAR) and Community Alcohol Liaison Service (CALS) schemes, and John played a large part in the roll-out of alcohol Identification and Brief Advice (IBA) across Bedfordshire.

It was during another piece of work that John was involved in with the commissioners – facilitating a service user questionnaire for the local Alcohol Health Needs Assessment – that John started working in the homeless day centre. John was to spend the next 7 years working there, firstly as a support worker then as senior support worker line-managing a team of 4. The work involved supporting people in incredibly difficult circumstances and required a working knowledge of a very wide range of resources available to people when they are homeless.

John also chaired a multi-disciplinary group of drug and alcohol practitioners at a time before services across Bedford were re-commissioned and significantly changed in terms of structure and service delivery. John was also involved at Project Board level when these services were finally re-commissioned.

One of the things John was most satisfied with at the homeless day centre was his work creating the referral routes to mental health services for people when they’re homeless that had traditionally only been available through GPs. This piece of work paved the way for even closer working between mental health and homeless services, something that had been talked about in Bedford for many years but not actually successfully been carried out.

John says he is fortunate to have worked with lots of people across sectors related to homelessness that have inspired him and hopes to work with many more in the future.