At JustUs, we believe that homelessness is a complex issue that needs a response that is both caring and intelligent to tackle it effectively.

In 1890. William Booth, the founder of the Salvation Army made a startling statement:

‘But, after all, more minute, patient, intelligent observation has been devoted to the study of Earthworms, than to the evolution, or rather the degradation, of the Sunken Section of our people.’ 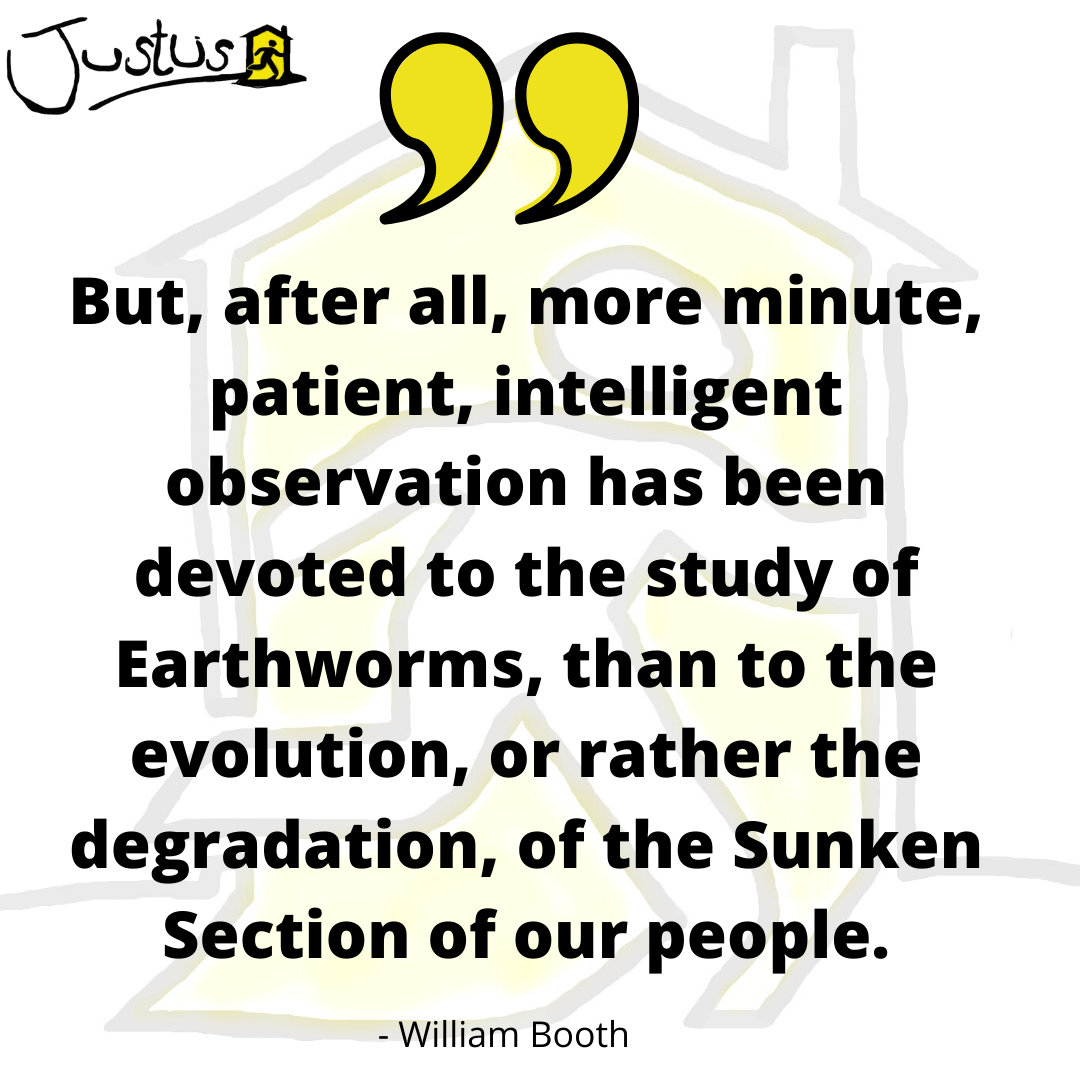 Fortunately for us, nearly 130 years later, there has been considerable effort made to understand the causes and effects of, and solutions to, homelessness. It is certainly true that some of this is politicised at some level, but nevertheless it is possible to go about the work of tackling homelessness with the backing of  research-based evidence.

Pursuing this approach has the added benefit of keeping our caseworkers healthy and less likely to burn out or become hardened to the suffering that comes with homelessness.

It is also true that charities can inadvertently cause much harm for the people they help, either directly through poor advice or more subtle effects like creating humiliating service-dependency or simply accepting homelessness as an inevitable effect of modern living.