This will probably not be news to a lot of people, but a few years ago the Rehabilitation of Offenders Act revised the length of time it takes for different offences to be spent, in line with the idea that people can actually change. 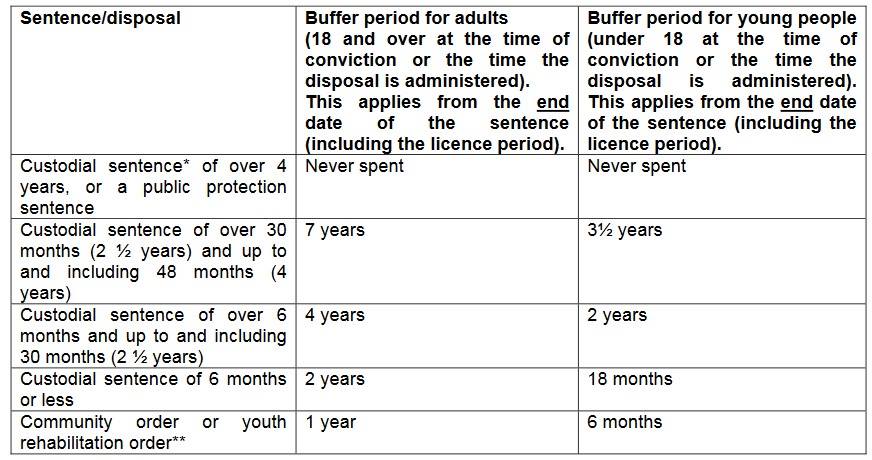 Spent offences don’t need to be declared in most situations after a set period of time, at which point the person who was convicted of the offences is considered to be rehabilitated (exceptions include applications to some job roles and DBS checks – see the Guidance in the link below for more info).

The length of time offences take to become spent depend on the length of the sentence imposed, not the type of offence (although again, there are a few exceptions including public protection sentences). This means that spent convictions don’t need to be declared in most housing applications and certain job applications – and housing providers should only ask for details about unspent offences, not ‘Have you ever been convicted of a criminal offence?’

See here for more detail, and remember, this website is not a substitute for legal advice.