Jen* was being abused by her partner, Nick.

But like many abusers, Nick used his position of power to get away with it for years. 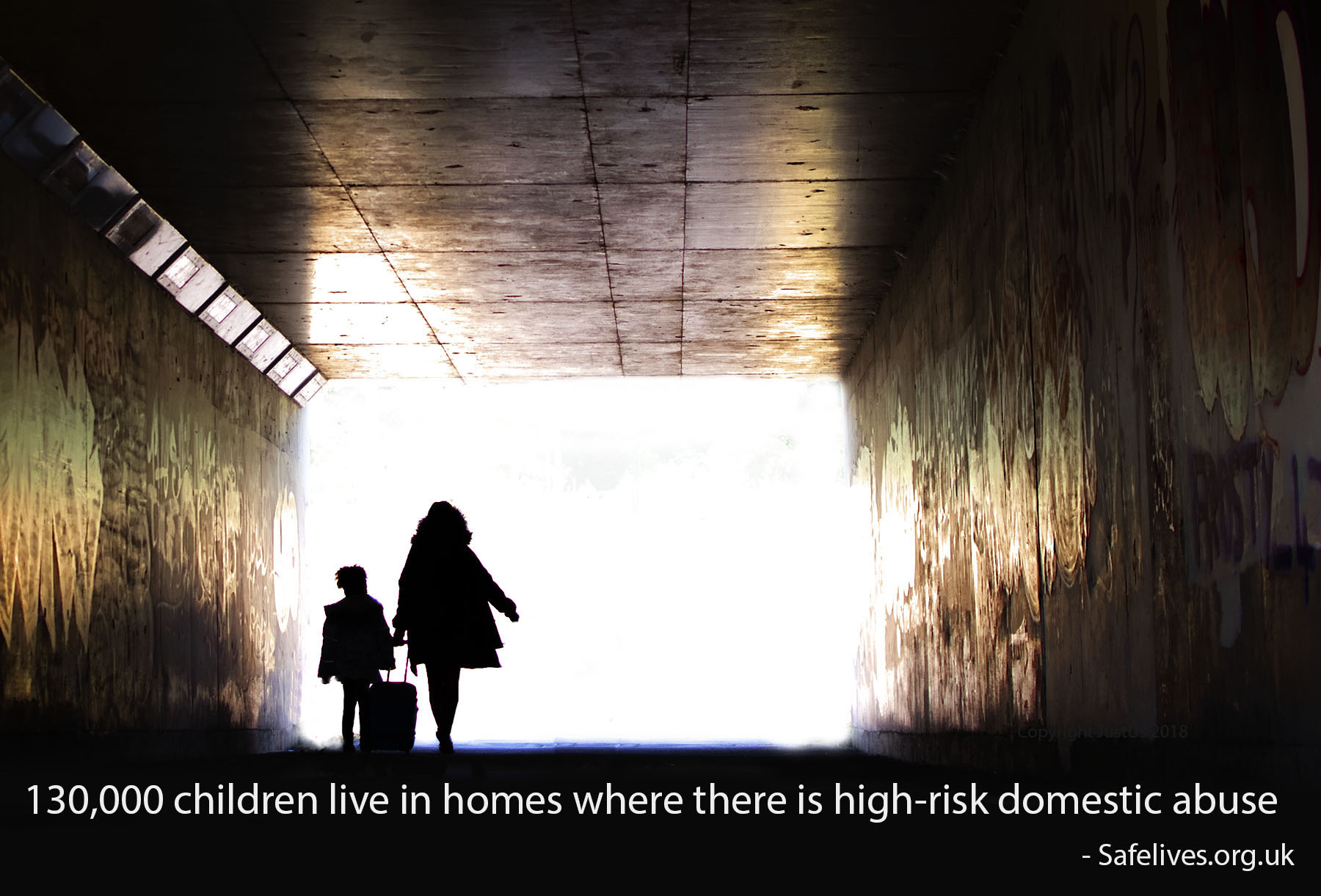 He’d either deny that he was being abusive at all, or he’d periodically offer a heartfelt apology and promise that he would change and couldn’t live without her.

Jen worked part time and did the majority of the childcare and housework. Nick worked full time, but Jen paid the bills and running costs for the house, and for their daughter, Beth’s school uniform and clothes.

Nick’s money was for Nick.

Beth had special educational needs, and Jen was worried that she was copying Nick’s behaviour at school – getting angry and hitting out at other children. The staff at Beth’s school were committed to supporting her needs, and during the meetings with Jen, Jen felt able to talk a little bit about the abuse that Beth was witnessing. The staff at the school listened to Jen and suggested she work with a local family support charity to talk more about it.

The local family support charity were quick to start the process. They met at Jen’s sister’s house to make sure Jen was kept safe, and it wasn’t long before Jen began to recognise that Nick’s behaviour wasn’t normal at all – it was domestic abuse.

It took time to process, but Jen knew she had to leave him, if not for her own sake, but for the sake of Beth. She planned it carefully, waiting until Nick had gone away for 2 days with work. She gathered her and Beth’s belongings and left to stay at her sister’s house. Sleeping on a mattress on her sister’s bedroom floor wasn’t exactly a long-term solution, but they were safe, for now.

Staying at her sister’s meant Beth had to move schools, away from the supportive staff at her old one, and took time to settle in to the new one.

Jen didn’t have enough money to rent privately and didn’t know what else to do. She approached Bedford Borough Council’s Housing Options service for advice. 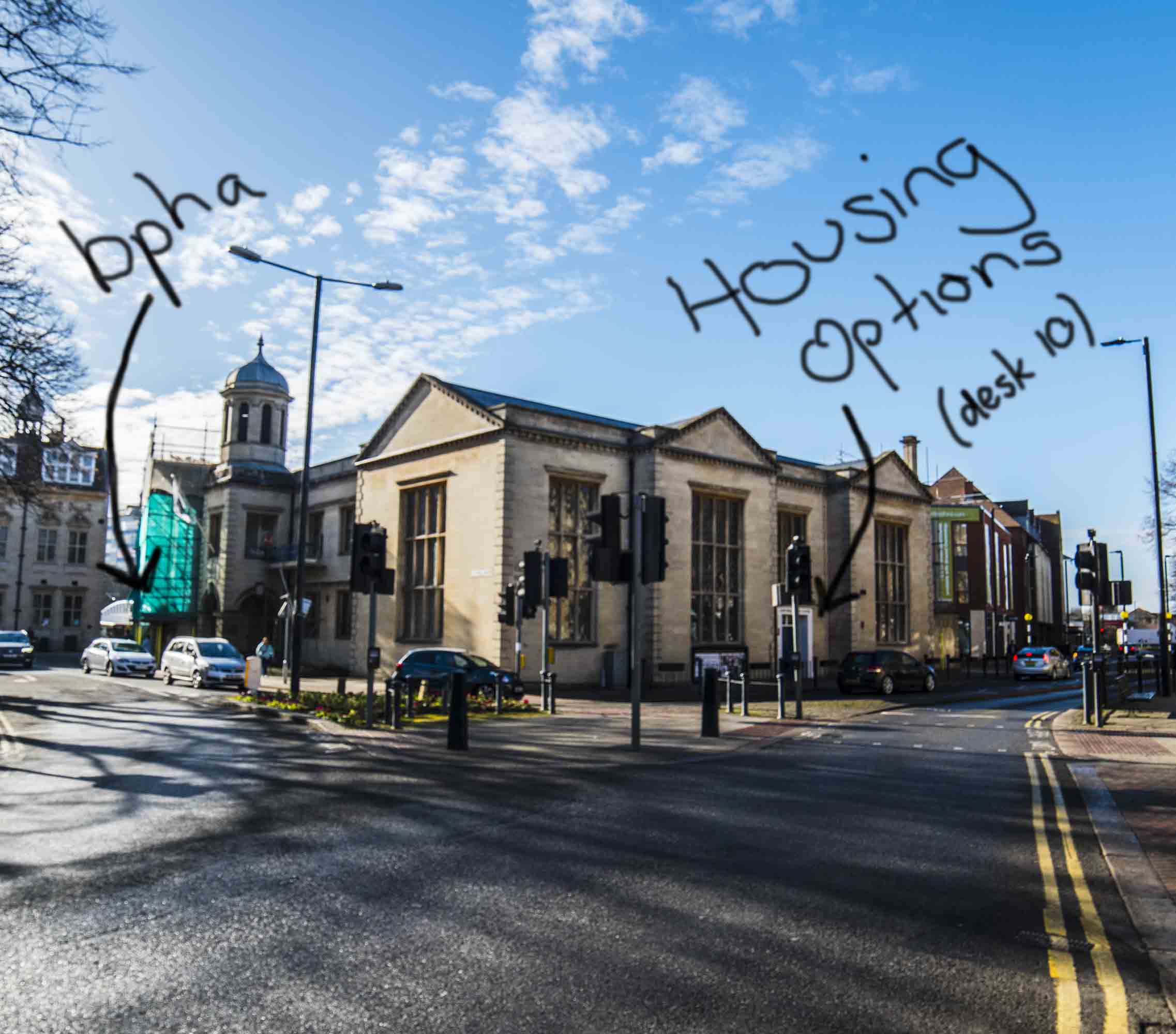 It was terrifying. Jen still hadn’t said ‘domestic abuse’ out loud yet. To do so seemed like admitting that her dreams of a happy family life were over. She sat across the desk from the housing officer on duty in the open plan customer service centre, less than 2 feet away from the next booth and in easy earshot of members of the public sat quietly behind her. She started by reporting the more palatable abuse to the housing officer – the financial abuse and some of the verbal abuse as well.

The housing officer correctly identified it in the case notes as ‘considerable financial abuse’, but then, inexplicably, told Jen that if she took her name off the joint tenancy, she would be making herself intentionally homeless, so the council couldn’t help her (of course, not only is this legal nonsense – there was a legal duty to house her and her daughter immediately, but even if there wasn’t, housing officers still have the power to help people even if there’s not a duty).

Jen felt her lack of understanding of homelessness law was being used to fob her off and she didn’t understand all the legal jargon that was used to explain the council’s supposed lack of power to do anything. No s.184 notification was issued, as was required by law and which would have made it easier for Jen to get legal advice.

Reeling, she reported the events to her family, who rallied round her and helped her gather the courage to approach a local advice service.

But she got the same advice here too – ‘If you take your name off the tenancy you’ll be intentionally homeless’.

Back to square one.

Next, Jen went to a local homelessness service. It was noisy and cramped, with the smell of super strength lager and the sound of raised, angry voices filling the air. It seemed to her that she was not safe there and an easy target for those around her. The overstretched staff did their best to find out how they could help, but were not allowed to challenge bad council practice, so they referred Jen to JustUs.

One of our caseworkers met with Jen as soon as possible, and arranged for her to be seen in a private meeting room in the Council’s Customer Service Centre, where she’d at least have her right to privacy respected.

In the windowless interview room, Jen was seen by another officer, who Jen described as staggeringly callous and unsympathetic. The officer asked about the husband’s behaviour and Jen duly explained about the different ways he was abusing her. 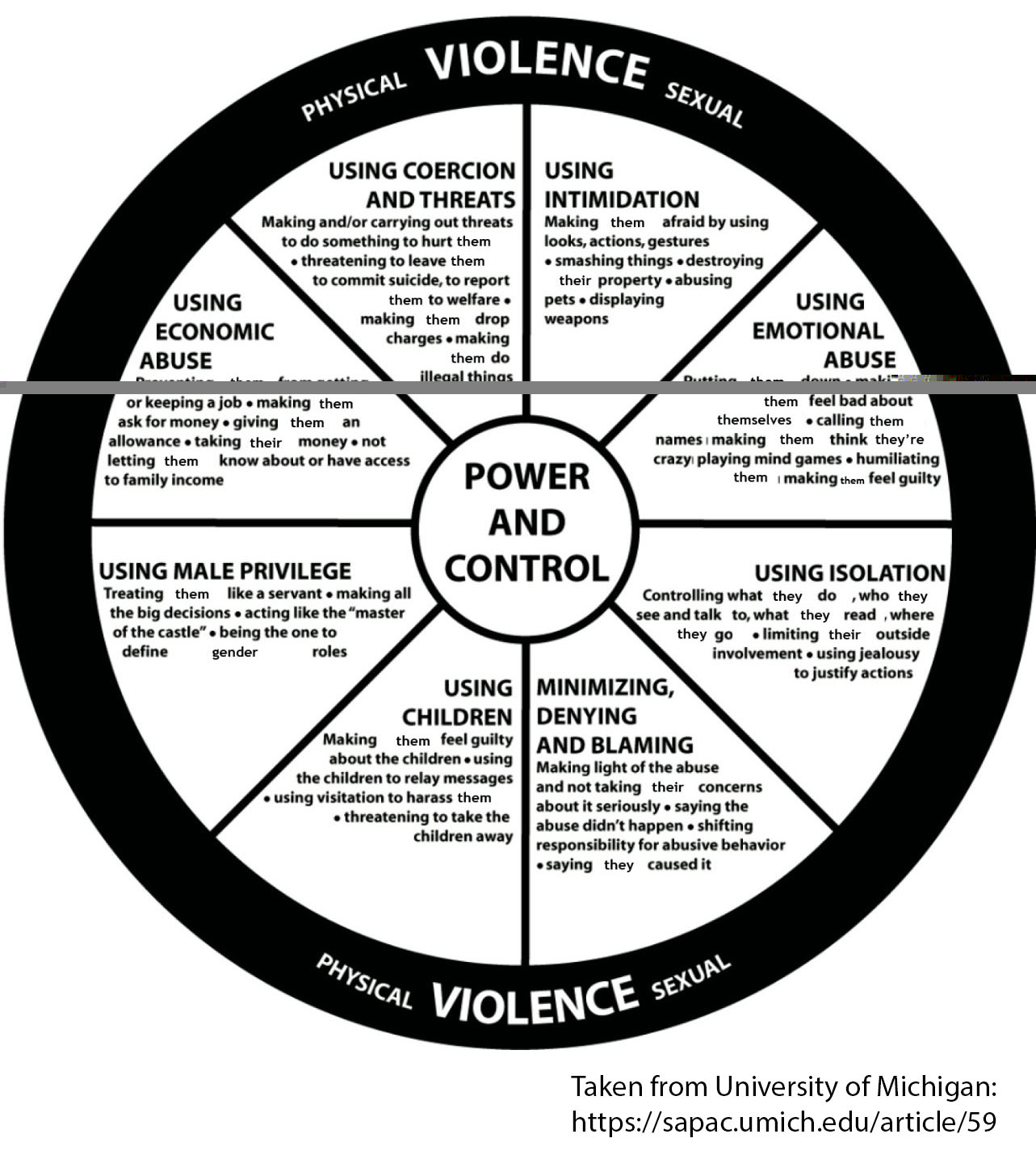 “Has he actually hit you though?” Jen was asked.
“No” Jen responded, “he hadn’t”. The abuse Jen had suffered, like most abuse, was far more insidious than ‘straightforward’ physical abuse.
“Have you contacted the police?” came the next question.
“No”, came the answer, “I’d never thought of it”.

Jen did point out that both the local family support charity and Beth’s school would have some record of the reported abuse, but the housing officer did not pursue this.

It is worth taking a moment to point out a few legal issues here. One is that the legal definition of domestic abuse covers a range of types of abusive behaviour, and just because someone has not been hit obviously does not mean they are not being abused. Another is that within housing law, someone is homeless if they are subject to abuse that is likely to continue. There is no subjective threshold of severity of the abuse. And thirdly, Statutory Guidance makes the explicit point that many victims of domestic abuse do not tell the police. In fact, many victims don’t tell anyone at all, meaning that housing officers are often the first ones to hear about it. This fact should make Council Housing Options services an excellent starting point to respond to cases of domestic abuse. But, as we’ve reported elsewhere, it is sad to say that many, many opportunities like this are missed in Bedford.

The caseworker remained largely silent in the meeting, having learnt from experience that it is basically impossible to argue against some housing officers face-to-face. It is instead necessary to follow up interviews with written representations citing relevant law to make the argument, often to a manager rather than the original officer.

The caseworker’s silence had the unintended consequence of making Jen feel like he didn’t believe her either, something that came to light when we sat down with Jen to get some feedback about our service. This consequence was deeply regrettable, and an important lesson for us to learn from going forward.

Nevertheless, the caseworker quickly contacted the local family support charity and the school who promptly supplied the relevant information. He also had the time to research the legal intricacies of the definition of homelessness, and wrote back to the Council laying out that Jen was in fact legally homeless, despite having her name on the joint tenancy, because it was clear that the abuse she had suffered was likely to continue if she remained living with Nick. This meant that Jen was in no way intentionally homeless and meant there was a straight forward duty to provide her and Beth with suitable accommodation.

This was the first hurdle crossed, but it did mean that Jen had to go to the open plan BPHA office and explain her situation to the staff there in a public area, but at least this time they were sympathetic and helpful. She was quickly able to bid on properties and was able to choose one down the road from Beth’s original school where the staff had been so supportive, something Jen said was ‘the icing on the cake’.

There was still a lot to do to turn their new house into their new home, being initially given as an empty concrete shell. JustUs referred Jen to a local homelessness charity to get a solidarity pack, where people who have been homeless can get a £250 voucher to buy items for their home, which Jen was incredibly grateful for.

Jen was also able to access grants to get carpet and before long she felt safe and settled in her new home.

Of course, it’s still not all sunshine and roses now – Nick still likes to exert his influence on Jen’s life through contact with their daughter, threatening to take Beth away and not bring her back, but Jen said that her new house has meant she and Beth have been able to start to put it all behind them and feel safe in their home again.

When we asked her what she thinks would have happened if JustUs had not got involved, Jen said “I’d like to think I’d never go back to Nick, but you can’t sleep on your sister’s bedroom floor forever.”

JustUs pursued compensation and an apology from the Council for the failings that had left Jen homeless for months after the first day the Council had a duty to house her. Asked if this made up for the experience, she said ‘it was nice to receive an apology and the compensation, but nothing can make up for that appointment with the second housing officer’.

*To ensure Jen and Beth are kept safe, their identities and certain details about their circumstances have been changed here, but the substance of their experience is accurate.

For more information about the support and advice that we can offer, email us at info@justus.org.uk.
This website uses cookies to improve your experience. We'll assume you're ok with this, but you can opt-out if you wish.Accept Read More
Privacy & Cookies Policy
181shares